The Justice System Programme (JSP) of UNDP Timor-Leste was launched in 2003 to develop the institutional and human capacity of the Timorese justice sector. It is one of the longest running programmes of UNDP Timor-Leste, providing the foundations of the institutional establishment from a state of non-existence of a domestic judiciary. The JSP is currently in its Phase IV (‘Consolidating the Democratic Rule of Law and Peace through a strong Justice System in Timor-Leste, 2014-2018’). Today the JSP has a much more targeted programme of assistance which concentrates on access to justice and the development of legal professionals. (Lee versaun Tetum iha ne'e)

Since 2015, the JSP has focused on a couple of main thematic areas and concentrated its activities to attain the objectives and intended outputs/results more effectively. The main focus areas are: capacity development of justice institutions and greater access to justice by the vulnerable. With regard to the former, JSP provided technical assistance and advisory services through the deployment of experts and personnel at the Court of Appeal (CoA), the Office of the Prosecutor General (OPG), the district courts of Dili and Baucau, the MoJ, the Legal and Judicial Training Centre (LJTC) and the Public Defender’s Office (PDO). The latter was pursued through the mobile justice initiative in the municipalities where fixed courts are non-existent and the establishment of Access to Justice Clinics (AJCs) in Baucau and Suai, the two pilot judicial districts.

A key impact of the JSP has been the development of human capacity. Since the establishment of the Legal & Judicial Training Center in 2003, the total number of 218 legal professionals had been accredited, and 53 students were newly enrolled in 2017. JSP recommenced its continuing legal education training for existing legal actors in 2017, addressing the topics such as electoral justice and recently legislated land laws. Technical assistance was provided to major justice institutions through the deployment of international advisors. Supporting critical government positions with competent/qualified national staff helped increase nationalization of the leadership of the Court of Appeal, District Courts, and Ministry of Justice.

Since 2010, the mobile court initiative has brought justice closer to local communities by convening the hearings in nine municipalities where fixed courts are not yet established. In 2017, nearly 20% of the cases decided in the district courts were adjudicated at the mobile courts, involving approximately 971 beneficiaries. 51% of the criminal cases adjudicated at the mobile courts were related to gender-based violence. The state-owned legal aid agency under the Public Defender’s Office (‘Access to Justice Clinics’) focuses on the Alternative Dispute Resolution (especially mediation) and effectively creates an interface between the formal justice and informal justice systems. As at September 2017, a total of 171 people from Baucau and Suai judicial districts had access to the mediation services provided by Access to Justice Clinics. 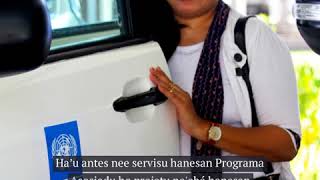 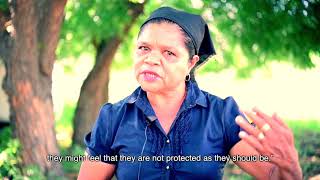 UNDP Around the world

You are at UNDP Timor-Leste
Go to UNDP Global